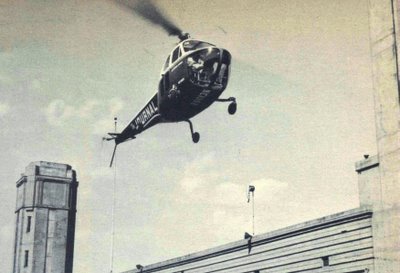 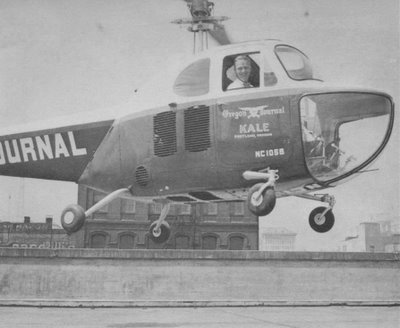 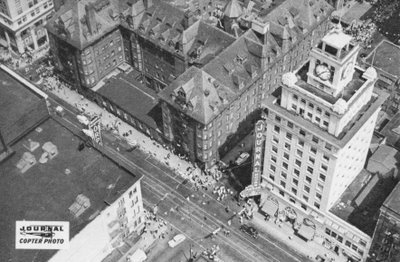 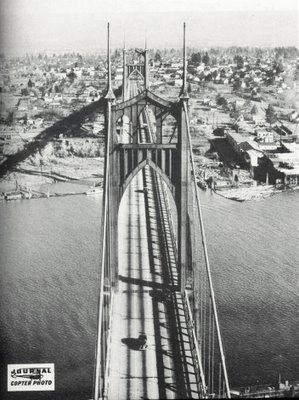 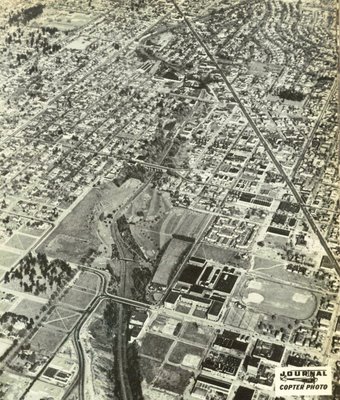 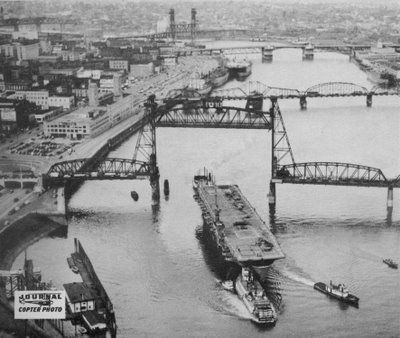 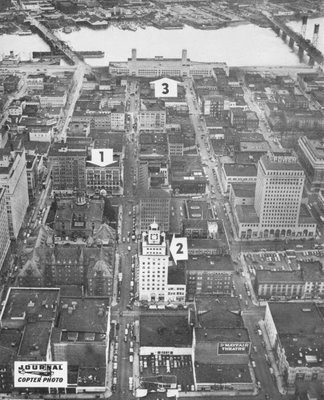 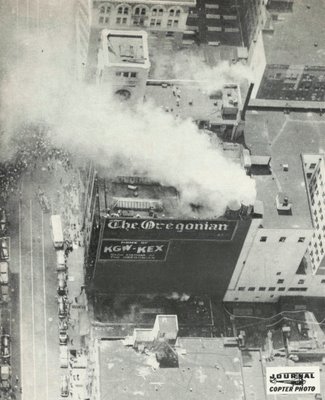 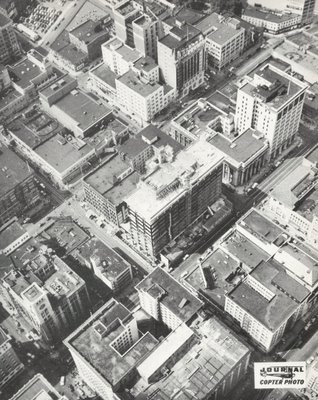 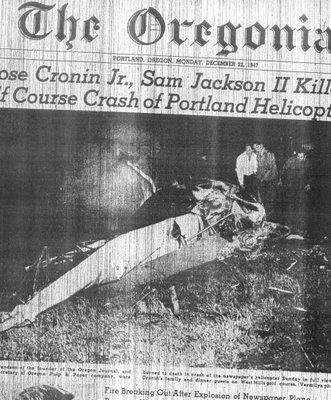 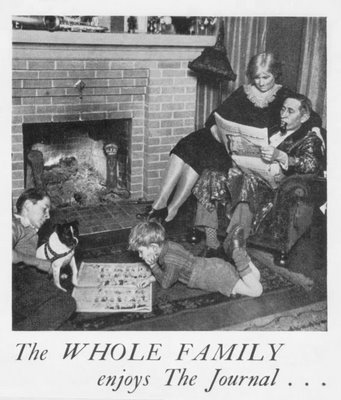 There's nothing I enjoy more than a fascinating account of Portland history. Thank you for sharing the tales and the photos! Much appreciated!

Thanks a lot for the story about the Newsroom Dragonfly. The photos are great!

The pictures are great. Thanks for posting them.

The steam tug in the picture of the carrier going to Zidell's looks a lot like the current Portland, but it is not. It takes a very close look and a good knowledge of the boat, but it looks more like the previous sternwheel tug Portland, the one the 1947 boat was built to replace. The current boat's superstructure is different, and it lacks the rigging that many older boats (and the one in the picture) had to prevent them from sagging at the ends.

IAMEax said...
This comment has been removed by the author.
11:45 PM

My grandfather was piloting the helicopter when it crashed. My father was 5 when he passed. It wasn't until I was about 18 years old did my Dad tell me about his family's rich history!

Tyler. We have something in common. My grandfather was his passenger. So sorry for your loss. I heard Sam was a great guy. They were good friends.