A Good Ruin is Hard to Find 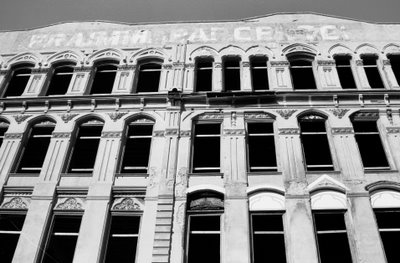 In the 1940’s photographers in Portland, such as Minor White, began to document the heartbreaking piecemeal destruction of Old Portland’s cast-iron fronted city beside the river. Thirty years later when the process was complete, only twenty of the approximately one hundred eighty cast-iron ornamented buildings survived. 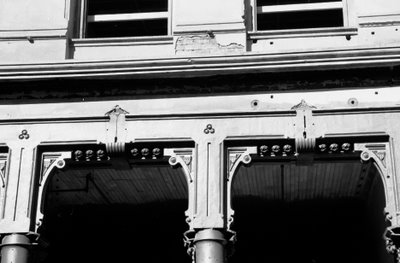 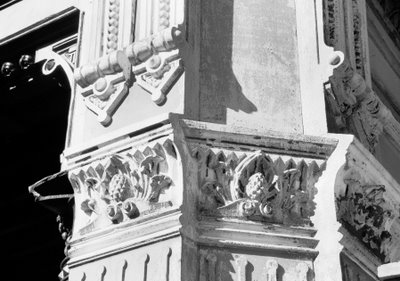 The scenes are haunting, stark and mournful, with gutted storefronts, collapsed walls and desolate window openings bereft of glass. They are a portrayal of loss, not just fine buildings and history, but of a gorgeous, harmonious streetscape.

As Gideon Bosker and Lena Lencek state in “Frozen Music, A History of Portland Architecture”:

“Had they spared only 20 more cast-iron buildings in the Yamhill and Skidmore Fountain Districts; in addition to those that narrowly escaped destruction, Portland could have boasted a coherent , though Lilliputian “European” city along its waterfront that would have rivaled the historical SoHo District in New York." 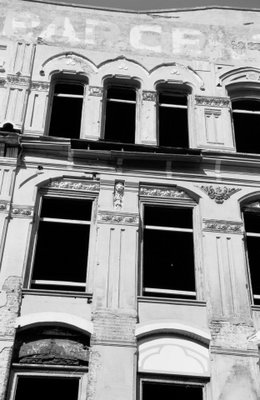 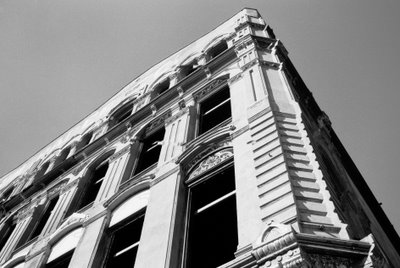 Today it is possible to take pictures that recall those melancholy times (albeit without Minor White’s boundless talent), in much happier circumstances. 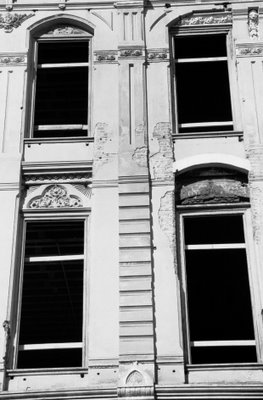 As part of the University of Oregon’s expansion into Old Town, the Bickel Block, on the corner of Couch and Naito Parkway (Front Street) and the neighboring Skidmore Block and Hirsch-Weiss “White Stag” Buildings are under renovation to hold classroom and office space. The Venerable Group Inc, which specializes in historic properties, plans for the project to be completed in 2008. 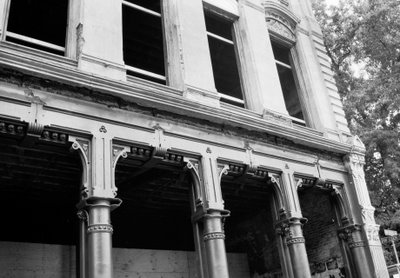 Cast-iron columns were made by the Architectural Iron Works in San Francisco California. Long hidden behind a cement wall, they have been revealed in the renovation. 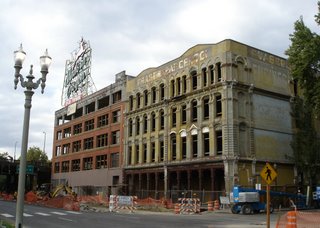 The Bickel Block and the Hirsch-Weiss “White Stag” Building.

The Bickel Block was built in 1883, relatively late in the cast-iron era. Justus Krumbein was the architect.

Frederick Bickel arrived in Portland in 1853, and in partnership with Frank Dekum, established a confectionary and restaurant business on Front Street. Dekum would retire in 1878. In 1883 Bickel sold the business, to concentrate on investing in buildings and construction. He retired in 1907.

For many years the building was owned by the Fraser Paper Company before being purchased by the Naito brothers. 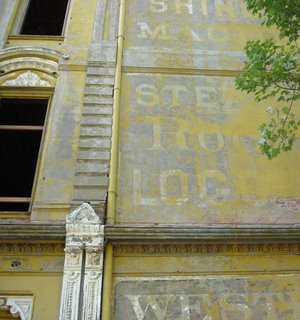 Old wall advertising on the buildings north side, revealed by sandblasting. 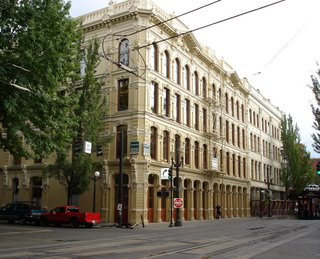 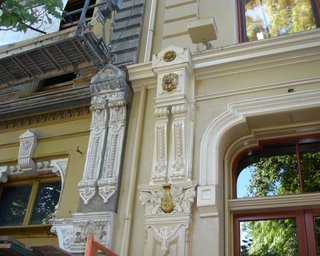 The interstection of Bickel and Blagen. 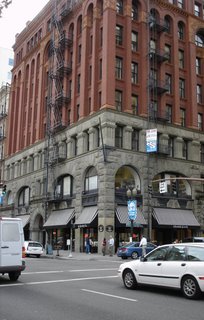 Three blocks west, seven blocks south and nine years later, the Dekum building was built by Fred Bickel’s former partner, Frank Dekum, in 1892. The building illustrates the shifts in style, scale, and the location of the city's core that occurred in the 1890s.

An Architectural Guidebook to Portland
by Bart King

A Century of Portland Architecture
by Thomas Vaughan and George A. McMath

Frozen Music, A History of Portland Architecture
by Gideon Bosker and Lena Lencek 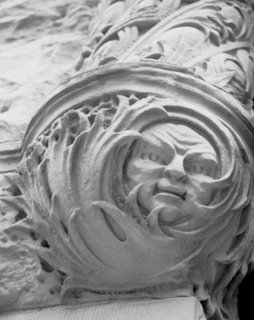 Detail of the Dekum Building.

In case you need any encouragement, this blog is the most immersed in something I've been in months! I'm now in the middle of your previous entries, I hope you have no intention of stopping!

Well, i will share the article with friends and people around me, it is really necessary for everyone to read it at least once, wish you success in the following articles. Anyone who reads this post will find it great, me too, I will continue to follow your posts.
free friv Games 2019, jogos io online, abcya free, cá koi mini

Great article. I appreciate your attention to this subject and I learned a lot. There are so many fun and exciting things to do and experience around the world that I thought I'd put together a list of my favourite Things to do for all travelers ...