A portion of North Portland after the 1891 consolidation of Portland, East Portland and Albina. (click on images to expand).


Prior to the wave of annexations that lead to the consolidation of 1891, the naming of streets outside city limits was the parvenu of each local developer. As streets were plated and scraped across the landscape, each new subdivision followed its proprietor's sense of naming aesthetics. Proper names, numbers, letters, trees and states, all were used. The ensuing chaos lead to such oddities as another Broadway, plated somewhere in the gulch now occupied by Going Street on the way to Swan Island.

Segments of the same road could have different names, such as the case of Patton, Myrtle and Multnomah, depending on which addition: Patton, North Albina or Good Morning, that it passed through. In Illuminating Interstate, I focused in on Myrtle Street because it had the earliest dated reference I could find on a predecessor of Interstate, but it is likely all three names existed simultaneously. 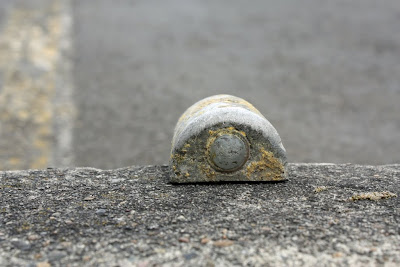 Just what was the Oregonian referring to in the 1939 article, Beauty in a Street? What was meant by "ingenious little devices, like the eyes of a night creature, set in the raised portion? What were the "mysterious sentries on the watch"?

Long after miles of continuous street lighting became commonplace, the median reflectors and lights installed on Interstate in 1939 survived until the building of the Yellow Line in 2002, albeit in disrepair and often painted over. Lonnie Currier photographed some of them and managed to salvage a piece during demolition (above). 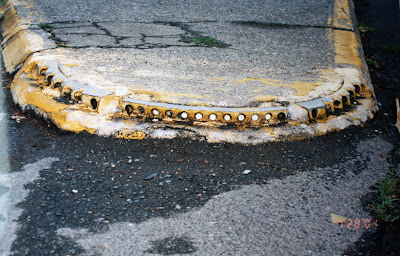 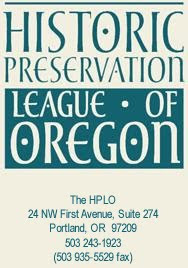 A revitalized Historic Preservation League of Oregon has returned to continue their good work on state wide preservation issues.

Portland Preservation is a new blog by the Bosco-Milligan Foundation that provides up to the minute news and issues on preservation in Portland. 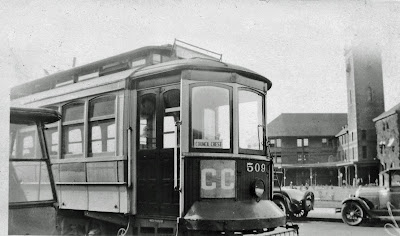 Portland Vintage Trolleys has a new route and a new web address. Details, schedules and a incredible amount of history can be found there.


The Marco Polo, Interstate and Shaver.

Sarah Mirk's article in Preservation Magazine about the efforts to save the Crown Motel sign.

I love the old trolly pictures. My Grandfather Peter Stoughton was a conductor on these trollys and we grew up just down from the trolly station in Sellwood in the home he built for the family.

I love the old trolly pictures. My Grandfather Peter Stoughton was a conductor on these trollys and we grew up just down from the trolly station in Sellwood in the home he built for the family.

head soccer unblocked is a web page on the topic of our sport. Here we have many games like head soccer and head soccer 2 or Big Head Soccer . soccer heads And Big Head Football or big head basketball there is your great experience about football . Good luck

It seems I'm on the right track, I hope I can do well. The result was something I did and was doing to implement it.
www.clickjogosclick.com

I would love to keep track of your posts, it is really a useful source of information, wish you success. It's great, wish you success in the next blog, this is a post that we all should read at least once.
abcya best free online games, io jogos for school, friv 4 school games 2019, cá koi mini

Finally find the info someone asked the other day about Jessica Alba on celebrity birthdays I was looking for it all over the web and luckily found it!